Historic years ahead for Japanese basketball 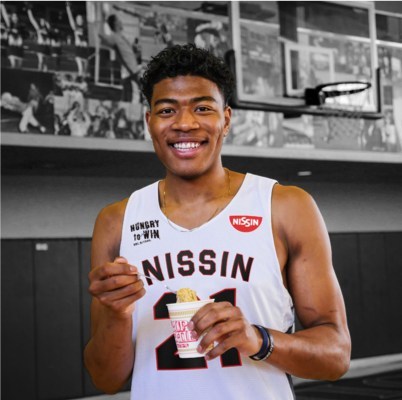 When the NBA draft happened on June 20th, the Washington Wizards selected a 6’8”(2.032 meters) forward from Gonzaga University with the 9th pick in the draft. The player comes from a University with a historically good basketball program, so no one is surprised to see Gonzaga have a player selected in the lottery. Some experts were a little surprised to see the player taken at 9th when many expected him to be chosen around the 12-20th pick but that isn’t too much of a difference in the grand scheme of the draft. What makes this draft pick really stand out is where he is from.

Rui Hachimura was born in Toyama prefecture to a Japanese mother and a Beninese father and he stands as the first Japanese-born player to be taken in the first round of the NBA draft. The only other Japanese player drafted in the NBA was Yasutaka Okayama who was selected with the 171st pick of the 1981 NBA draft.

Yasutaka Okayama never played in the NBA, but Rui Hachimura looks to have the potential of being a great talent in the league. Hachimura will play in the NBA along with fellow countryman Yuta Watanabe, who went undrafted in the 2018 NBA draft after attending George Washington University, and is currently on a two-way contract with the Memphis Grizzlies. Both of these players are preceded by Yuta Tabuse, who played briefly with the Phoenix Suns in 2004, averaging 4.3 minutes per game along with 1.8 points per game and an assist per game in 4 games played.

Most recently, Rui Hachimura made his summer league debut, finishing 3 games with averages of 19.3 points, 7 rebounds, and 1.7 blocks per game. His performance during the summer league earned him a spot on the NBA Summer League Second Team.

Many including Okayama himself, are excited to see what both players can do for Japanese basketball as a whole. Basketball in Japan has increased in popularity since the creation of a professional league in 2005, but the sport is still behind the popularity of baseball and soccer. Both players being in the NBA however will be a big boost to Japan’s future interest in the sport and their confidence in competing on the international level. The Japanese men’s basketball team qualified for the Tokyo Olympics coming up next year and both players will also likely be playing for Japan in the FIBA World Cup happening this September.
(Photo from PR Newswire)